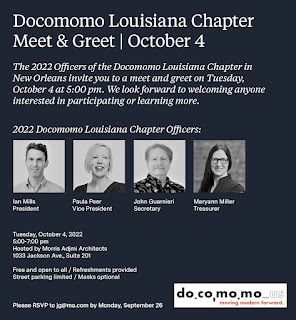 Posted by Docomomo New Orleans at 12:16 PM No comments: 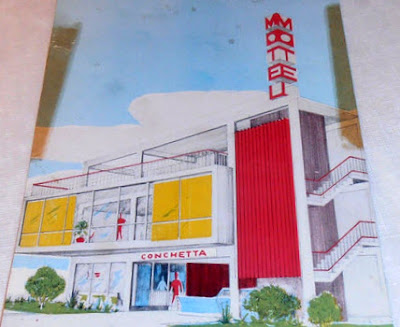 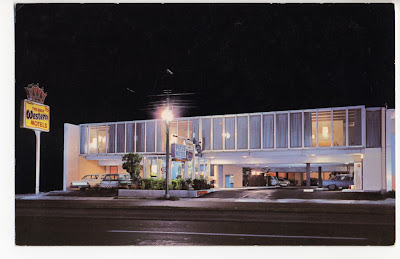 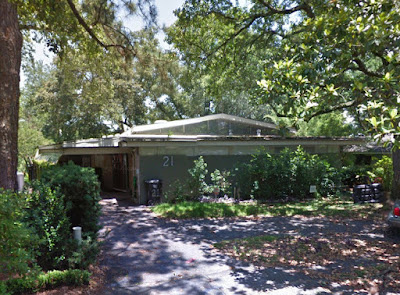 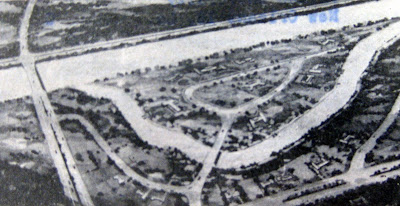 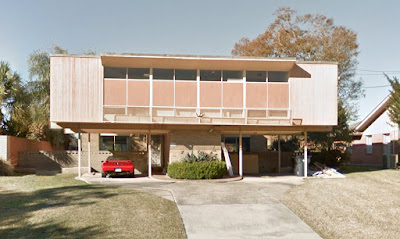 Bancroft Drive has some great mid-century modern residences, including the one shown above. Architect Mark Lowrey designed it for the Cabiran Family in 1957. If you are biking along this bayou artery, here are some houses to notice:

Posted by Keli Rylance at 4:22 PM No comments:

October 5th Tour Postponed Due to Hurricane Karen, the October 5th walking tour of Lake Vista has been postponed. As soon as the new date is announced we will let you know; our goal is to schedule the event for another Saturday this month. DOCOMOMO US/Louisiana appreciates your understanding of the schedule change.
Posted by Docomomo New Orleans at 4:27 PM 1 comment:

DOCOMOMO US/Louisiana, the New Orleans chapter of the international working party for the DOcumentation and COnservation of buildings, sites and neighborhoods of the MOdern MOvement, hosts the walking tour “Lake Vista: Modernism and the Ideal Planned Community” on Saturday, October 5, 2013. The meeting point for the tour is Lake Vista Spanish Fort parking lot and the tour begins at 1 p.m. Lake Vista is a New Orleans community created in the twentieth century on land developed north of the lakefront’s historic edge. It was designed to incorporate Modernist planning principles, with the complete separation of vehicular and pedestrian realms, using a unique network of automobile culs-de-sac and "fingers of green space." Churches, a school and commercial space were incorporated into the plan, which typifies some of the most prominent national thought at the time about ideal communities. The tour will cast light on Lake Vista’s urban design and in addition, tour stops will include examples of mid-century Modern institutional and residential architecture. Tour will be guided by John P. Klingman, author and Professor of Architecture, Tulane University. This is a 3-hour walking tour of Lake Vista. Cost per person is $25.00 to the general public, $15.00 DOCOMOMO US members, and $15.00 for students. Advance reservations by email (docomomolouisiana@gmail.com) are recommended but not required. “Lake Vista: Modernism and the Ideal Planned Community” will emphasize the goals of the DOCOMOMO US/Louisiana Chapter, organized to promote and protect Modern architecture and urban design in and around New Orleans. Some of the tour's highlights are included on the DOCOMOMO NOLA iPhone app, developed in association with Tulane University. “Lake Vista: Modernism and the Ideal Planned Community” is held in conjunction with the nationwide day of tours and other special events October 5, 2013 sponsored by DOCOMOMO US. For more information go to http://docomomo-us.org/tourday
Posted by Docomomo New Orleans at 4:36 PM No comments: